Have you or a loved one previously been diagnosed with breast cancer?

Are you currently struggling on learning how to support your loved one through this battle?

If so, you have reached a great place where you will receive information that will assist you throughout this journey. Breast cancer is a type of cancer that mostly affects women. It is most common to see breast cancer in women the age 50 years and older. This does not mean it will not affect women of younger age.

The immune system produces proteins, known as chemokines, which are signals that can affect immune function. There is a chemokine named C-C motif ligand 20, also known as CCL20. It is known as an inflammatory protein, often associated with rheumatoid arthritis. However, new evidence links this cytokine with numerous cancers. It seems that CCL20 promotes cancer metastasis. In addition, it increases cancer stem cells and causes T cell exhaustion. These actions will suppress an immune response. There are studies in many cancer types indicating that blocking CCL20 is anti-cancer and may enhance the success of immunotherapy. Surprisingly enough, drugs that can block CCL20 may also reduce autoimmune side-effects from standard PD-1 immunotherapy, such as Opdivo and Keytruda.

Selenium plays a vital role in many biological processes and has been shown to enhance immunotherapy’s ability for cancer to work better potentially. When we look at selenium, the more active metabolite is methylselenol. Three forms of selenium convert to methylselenol. These are methylselenocysteine (MSC), selenomethionine (SM), and methylselenic acid. Only the first two, MSC and SM, are found in typical selenium supplements. Of those two, MSC is more effective in converting to the most active form. However, cancer may have low enzyme levels that convert MSC into the active form, making it less effective.

Many may be wondering how exactly the immune system and cancer are interrelated. It’s quite complex given that it has taken decades of countless scientific research in search of the cure. The goal is to break this cancer into its basic mechanisms to fully understand its totality and appreciate its processes. In general, the immune system works by fighting against any harmful substances such as bacteria, fungi, viruses, and cancer cells. Something important to note is that your own cells and immune system can and will betray you.

In this short video, Dr. Williams holds a conversation with one of our current patients Nevena Doric, who has entrusted her health to the hands of Dr. Williams. He explains his reasoning as to why Immunotherapy treatments have been healing many cancer patients.

Our patient Nevena Doric is a living example of resilience, strength, and hope. Fighting for her life every single day for the past four years, breast cancer along with chemotherapy and radiation was depleting her but she was still hopeful that there was another way to fight against this battle. Thankfully, she was guided towards Dr. Williams, who was able to deliver a better lifestyle for her and her family while helping her regain that inner strength that she has.

We know the immune system plays a key role in fighting off pathogens from entering the body. But it also fights the battles occurring within. It’s perhaps your biggest ally in helping your body fight disease. And understanding how your immune system joins forces with cancer treatment can give you a positive advantage.

Understanding the Role of Cancer Immunotherapy in Mexico
Your immune system targets disease and infection. It detects and destroys anything it sees as a threat. Some of these pathogens may include: 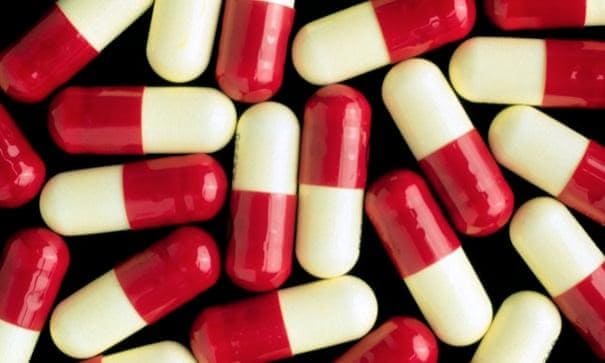 According to a small but groundbreaking study, taking antibiotics in the month before starting immunotherapy dramatically reduces a cancer patient’s chances of survival.

Scientists at Imperial College London believe antibiotics strip out helpful bacteria from the gut, weakening the immune system. This appears to make it less likely that immunotherapy drugs will boost the body’s cancer-fighting capability.

How does immunotherapy work against cancer?
Immunotherapy is a type of biological therapy that helps the body’s immune system fight a disease such as cancer. The body’s immune system is programmed to detect abnormal cells and prevent malignant growth. A sign that indicates an immune response against cancer cells is when tumor-infiltrating lymphocytes (TILs) are found in and around tumors.

However, cancer cells have the ability to avoid immune response and survive through the following mechanisms:

A cancer diagnosis is a very scary reality. Cancer continues to be a serious illness, but there is hope for patients for better treatment options today that were not available a decade ago. This article addresses common questions and concerns regarding cancer treatment, including difficult to treat tumors.

How Does Cancer Treatment Work at the Cellular Level
Immune checkpoint inhibitors offer a new alternative to cancer treatment. Oncologists use the treatment method to stimulate the body to attack foreign cancer cells while protecting normal, healthy cells.

It all occurs at the cellular level of the body. Checkpoints on certain cells are either activated or deactivated to stimulate an immune response against cancer cells. However, cancer cells can use these same checkpoints to avoid an attack from the immune system.