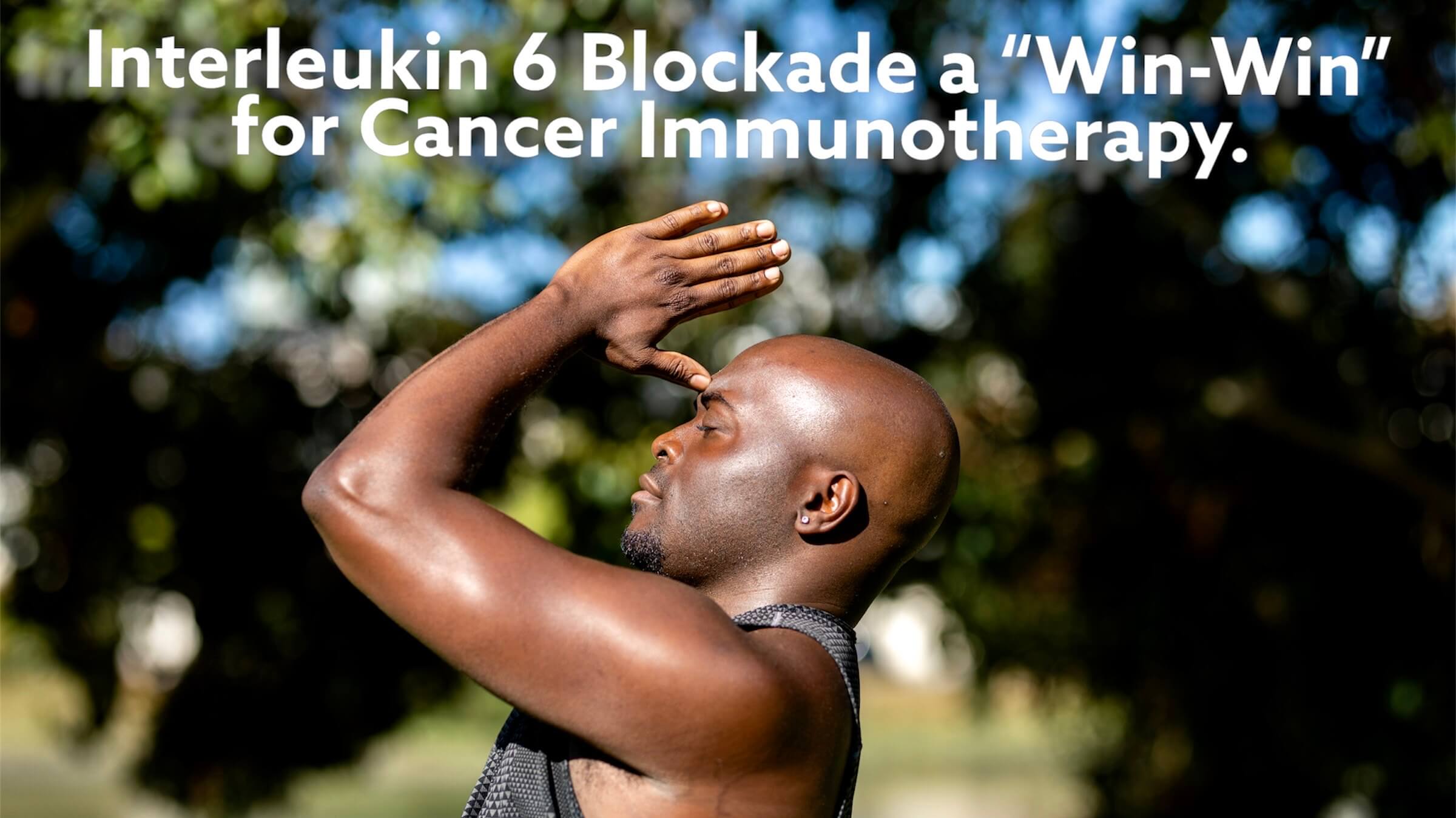 Though we have suspected that blocking IL-6 with immune checkpoint blockade could be helpful in cancer treatment, a new study on May 9, 2022, from MD Anderson, Hailemichael, et al. published titled “Interleukin-6 blockade abrogates immunotherapy toxicity and promotes tumor immunity.”

This sounds like a win-win, with better response and fewer side effects. Indeed, we know that, in general, IL-6 can behave as an immune-suppressing cytokine. From checking on my patients, I know high IL-6 is very common in cancer patients. So, what key points did they show? This study had two parts, one a mouse study—the other a retrospective human study of patients on cancer immunotherapy and incidentally received tocilizumab. The added human part is nice since animal studies alone can be misleading. In their mouse study using one of my favorite technologies, NanoString, they determined the combination of CTLA-4 and IL-6 blockade resulted in increased infiltration of cancer attacking immune cells within the tumor. This heating up the immune environment is an essential fundamental principle necessary to start an effective immune response. They also observed that immune cells in the colon associated with causing colitis, inflammation of the colon, and a nagging problem for immunotherapy, were reduced. These results were certainly a surprise. The human patient’s review mainly included those who had immune-related adverse events, such as colitis, on PD-1 inhibitors but failed typical first-line treatment, such as high dose steroids and were escalated to anti-IL-6 to treat these immune events. The difference in response rates between patients who received IL-6 blockade and those that didn’t was just under 8%. Though modest, these patients mainly had been treated previously with a course of immune-suppressive drugs so that number could be a little higher. Indeed, this is not the magic bullet. However, we continue to gain ground in cancer treatments, piece by piece, adding a little more here and there. As our immunotherapy combination increases, side effects will be even more of a problem. If most of these side-effects can be subverted with IL-6 blockade, which FDA-approved drugs are already available, it will give us an even more significant advantage in our therapies. Indeed, for most doctors to use this, they will need to see more evidence and a specific FDA indication. We have already been measuring IL-6 levels and using tocilizumab when appropriate. We had already seen previously that drugs for rheumatoid arthritis, such as infliximab (Remicade), helped reduce adverse events and may improve response.   Hopefully, these drugs will allow more protection against these adverse advents and will enable us to increase our aggressiveness on immunotherapy combinations putting us that much closer to a cure.